Daisies carry the essence of innocence and purity. They can also symbolize fidelity, fertility, and sensuality. This is a far cry from the plant’s origins. Its first known uses were as medicine in Ancient Egypt around 2,200 BC. It was also used for sterilizing bandages in Ancient Rome.

Daisies have taken root in legends throughout time. Each time it passes to another culture, this meaning slightly changes. Today, daisies are largely used for ornamental purposes. But much of their history and use is still recognized. Read on to learn all about daisy flowers – the types of daisies, their history, uses, and how to grow and care for them.

Uses & Appearances of Daisies Throughout History 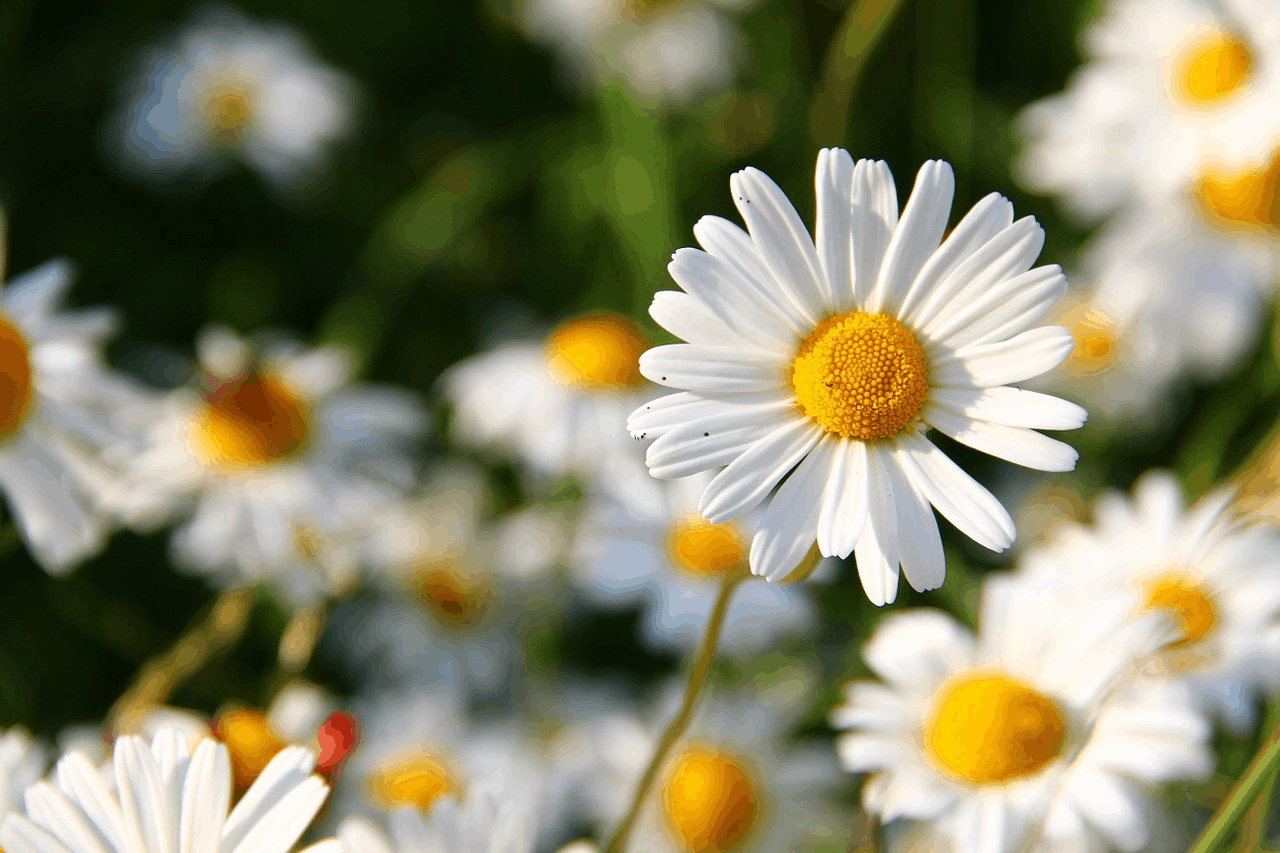 Daisies have appeared in legends and texts throughout time, across the globe. Their most notable appearance is from Celtic culture. This is where they derive much of their mythology and symbolism.

An ancient Celtic legend tells of a god sprinkling daisies across the earth each time an infant died. This would send a message and bring joy to the parents of the child.

Other appearances of the daisy flower include:

Today, we still see this flower as a symbol of innocence, but we place them in our gardens because they are beautiful.

Daisies are often coveted for gardens, floral arrangements, and weddings. But they are actually considered a weed in some parts of the country.  This because they grow like weeds, spreading into fields and invading areas of the garden. Although they are native to central Europe, they have spread to all areas of the globe.

The daisy family, Compositae, is one of the largest classifications of flowering plants. As a composite flower, they consist of both an inner disc and outer ray florets. There are over 20,000 types of daisies.  This includes over 100 kinds of Shasta daisy, the most common type of daisy and the one we imagine when we hear the word.

With that in mind, here are the five most common daisy flower types. 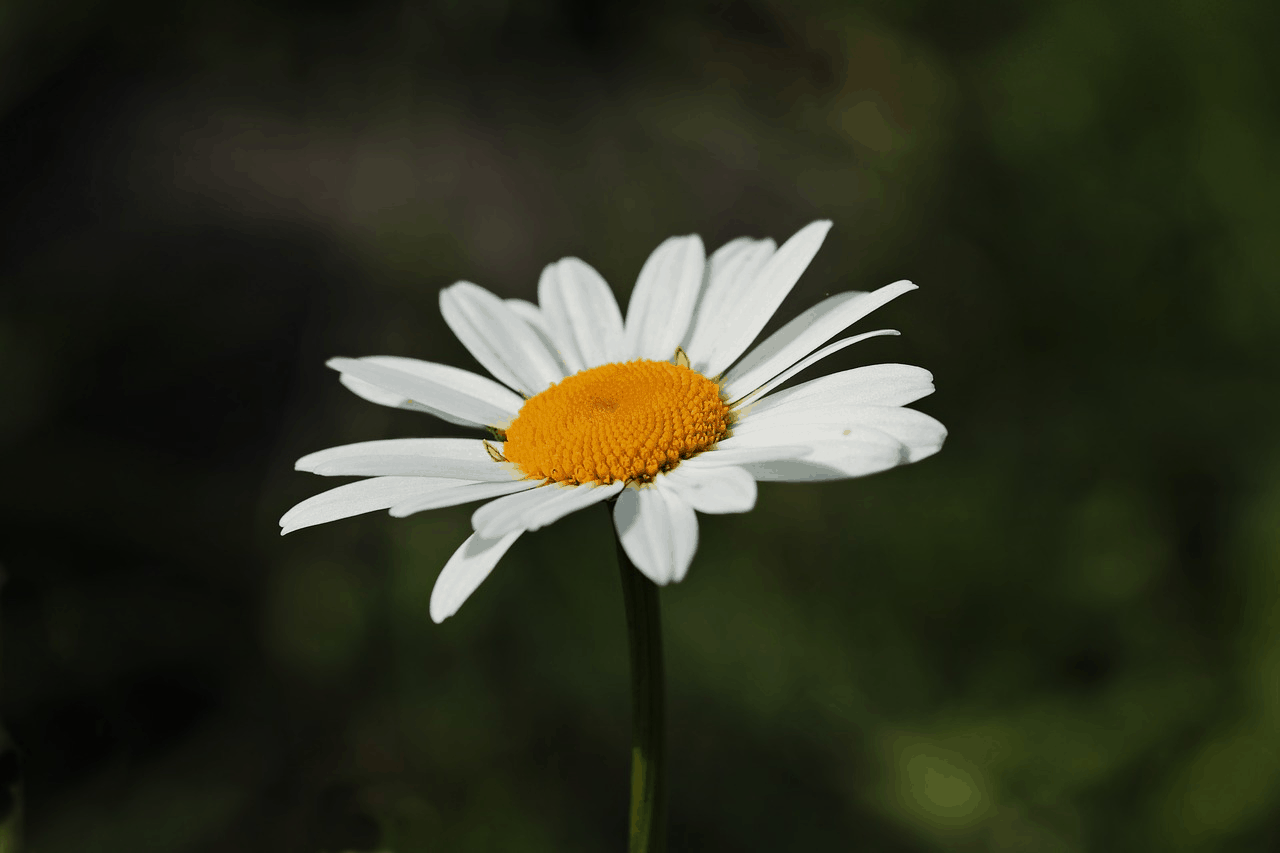 Shasta daisies are dainty yellow and white flowers. They’re usually what we imagine when someone says the word “daisy”. Interestingly, they’re a hybrid of European wildflowers. Shastas are one of the few types of daisies that will not overtake your garden. Therefore, they are often considered the best type of daisy to grow.

Shastas have a quintessential golden center and snow-white petals. They grow to about 12-36 inches tall on leafless stems. Though they like a lot of sun and well-drained soil, expect them to fair well in most gardens. 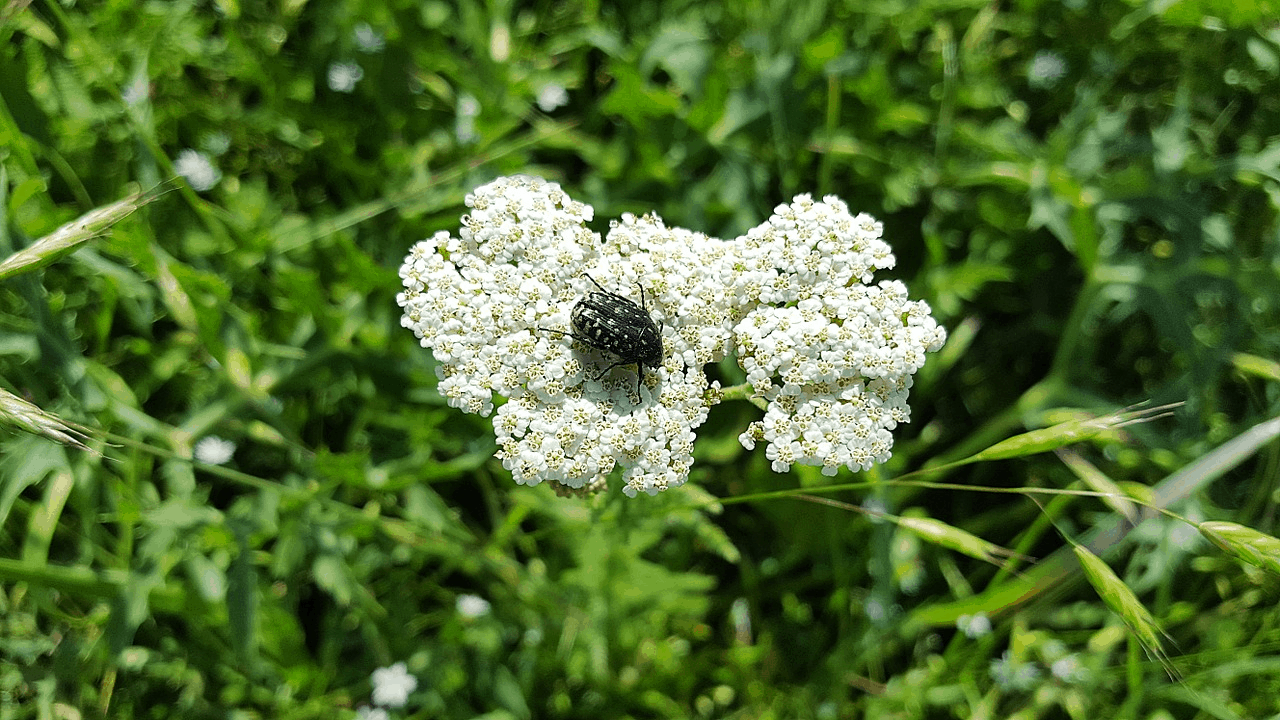 Also known as Common Yarrow, Achillea Millefolium looks similar to a daisy. The difference is that they are smaller, grow in tight clusters, and come in many colors. You can find them in shades of yellow, orange, blush, bronze, and rouge. This variety grows all over the world, often in fields, since like many other daisies, it can grow like a weed. This doesn’t stop them from being a beautiful addition to gardens.

As a perennial, they will return each year, blooming for four months and growing up to three feet tall. They have a short life, considering the number of plants you can find that have long blooming seasons. Despite this, their colors and dainty blossoms make them a nice addition to garden beds. 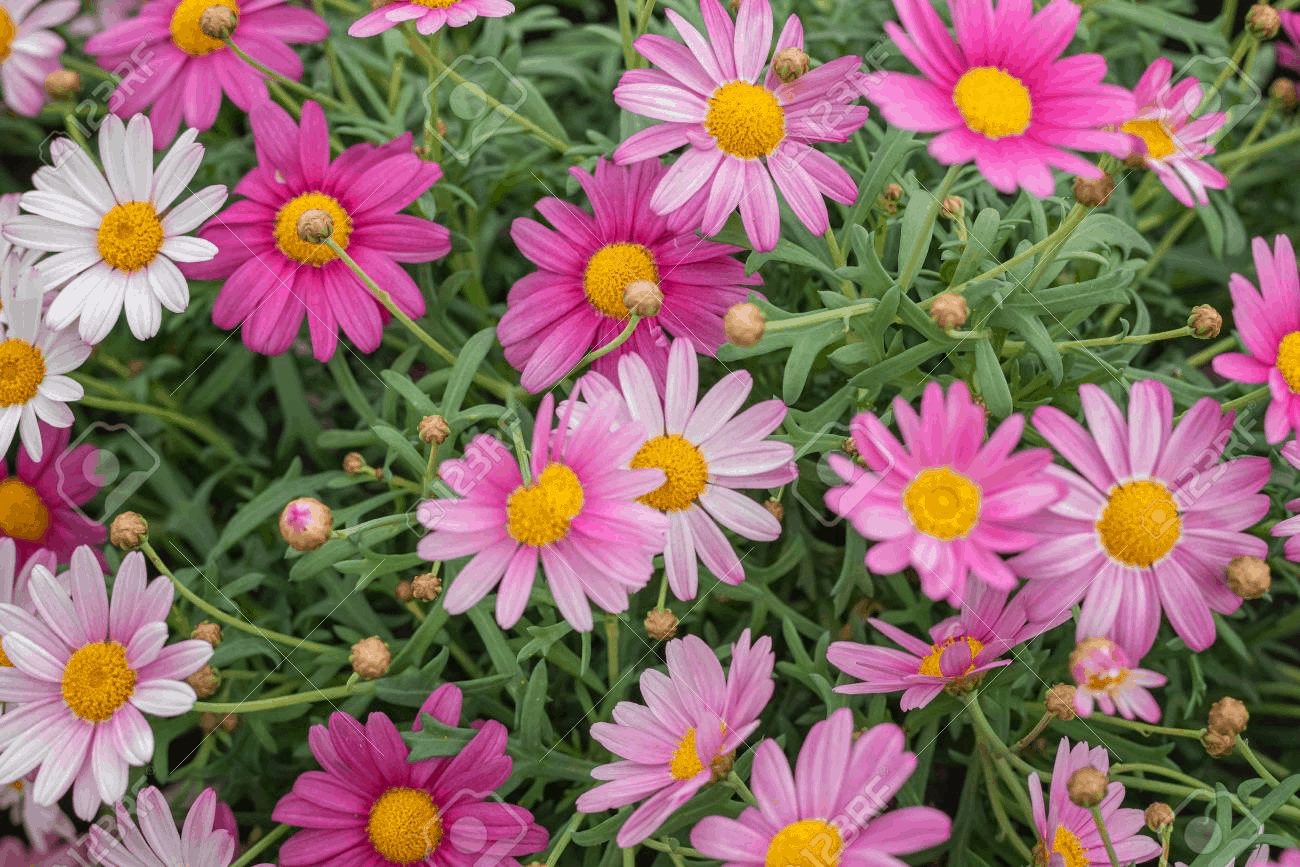 Argyranthemum is more commonly known by its easy to pronounce name “Paris Daisy”. This variety forms very similarly to the Shasta daisy. It has the same bright yellow center and twiggy petals, but the petals are denser and come in several colors. The Paris Daisy commonly blooms in various shades of pink, purple, white and yellow.

Interestingly, Paris Daisies are often placed in the chrysanthemum family. We believe they are one of the most beautiful additions to any garden.

Rudbeckia is more commonly called Black-Eyed Susan or Coneflower. It looks like a mix between a sunflower and a daisy.  They form like a daisy with a bulbous center and delicate ray of petals, but with sunflower colors. The petals are a bright yellow, while the center is a hollow black.

Another thing that separates them from the common Shasta daisy is that they grow quite tall, up to 3 meters tall. They’re a favorite choice in gardens due to their late blooming and long flowering times. 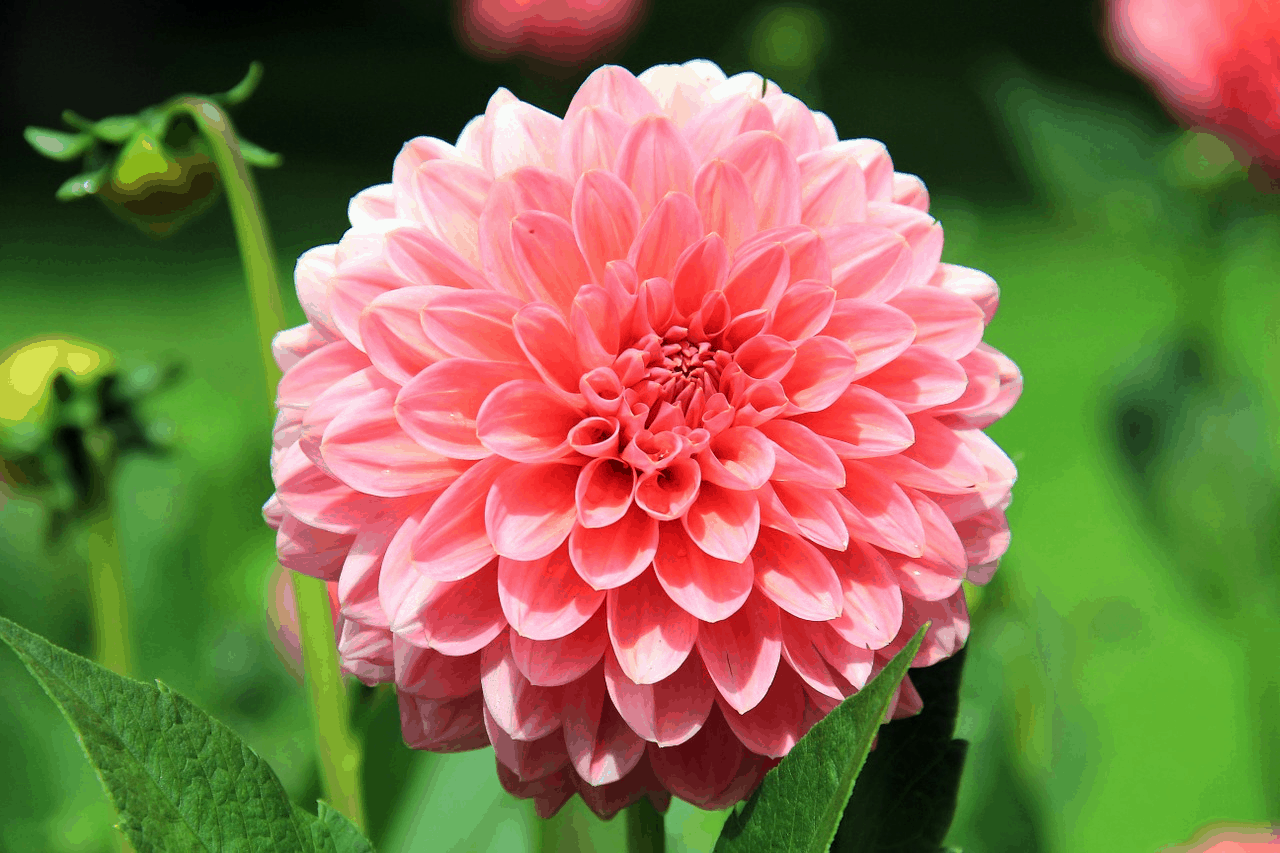 Dahlia Daisies are one of the most interesting types of daisies for several reasons. First, they are native to Mexico and were a food source for the indigenous peoples. Dahlias were used to treat epilepsy, and their hollow stems were used for water pipes. They are a relative of the daisy as well as the sunflower, zinnia, and chrysanthemum. Unlike most plants, they do not have just two sets of homologous chromosomes. Instead, they have eight, which results in their great diversity.

These beautiful flowers can grow to heights of 2-6 feet and come in a variety of bright colors. Similar to other brightly-hued flowers, they do not produce a scent. Therefore, they attract few pollinating insects.

Eager to see more types of daisies? Check out our latest post.

How to Grow Daisies From Seed

Beyond their beauty, there are several reasons to grow daisies in your garden. Daisies sit well with other herbs and flowers with medicinal purposes. They also have use in teas, or as a supplement in your diet. They are exceptionally high in Vitamin C and can treat common cold symptoms such as cough. These flowers can also treat digestive issues, relieve aching backs, and slow bleeding.

No matter your reason for growing daisies, they’re quite easy to manage in your garden. Here’s what you should know:

Daisies are both fascinating and beautiful. They have a complex history and mythology. The yellow and white daisy and other common daisy varieties are a perfect addition to any bouquet or garden. Now that you know how to grow and care for them, you can start planning the rest of your gardening.