Lotus flowers are one of the most prominent tokens in Eastern cultures. In Hinduism and Buddhism, they’re considered the most sacred flower. Hieroglyphics from Ancient Egypt show this delicate flower alongside priests and pharaohs. Statues of Buddhist monks often include a lotus flower. Vietnamese and Indian people often associate the flower with gods and goddesses.

What is it about the lotus flower that has pushed it into legends for centuries? Beyond its beauty, it is the mystery that enshrouds the flower. The question surrounds its survival.

To understand, we must first explore the details of the lotus flower. We’ll delve into its history, properties, and symbolic meaning. 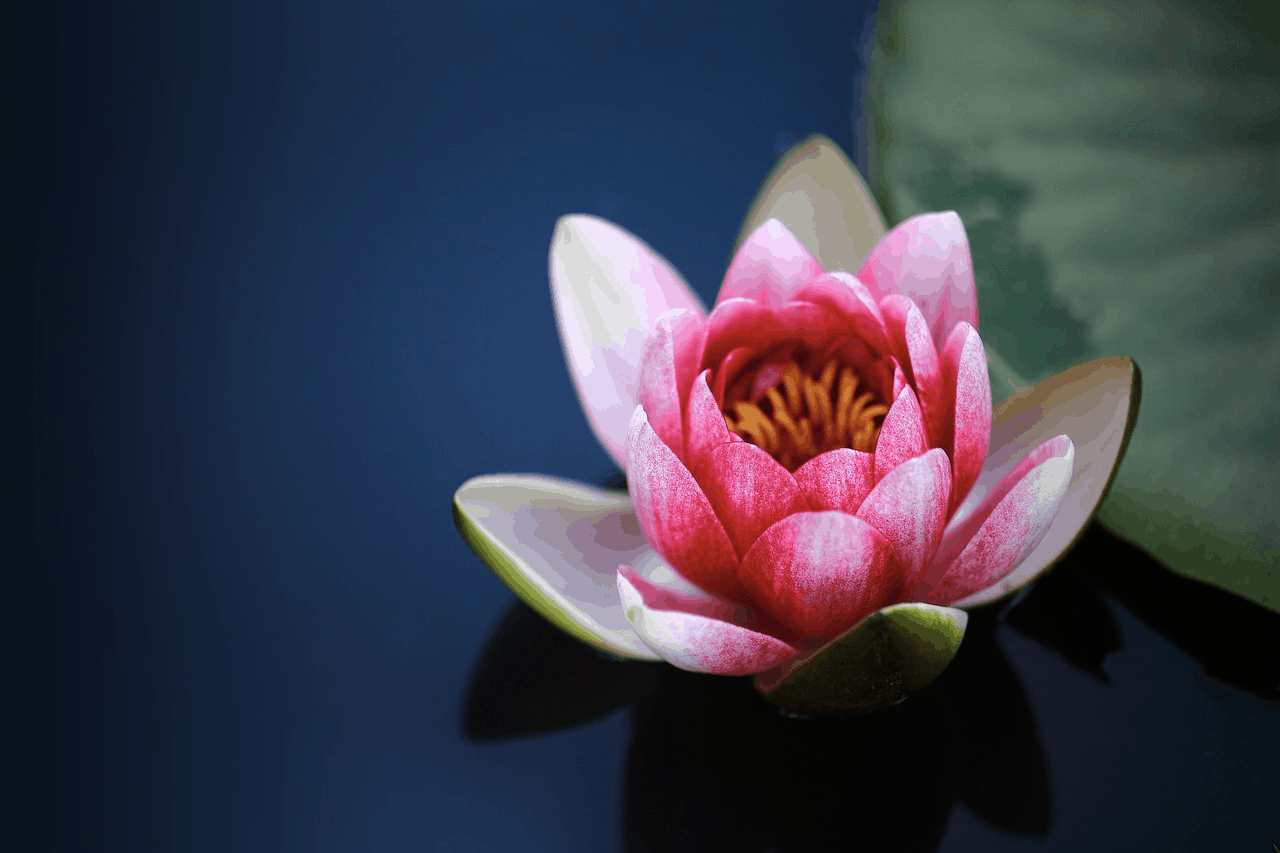 A cause for much of the mystery surrounding lotus flowers is that they are living fossils. Their existence stretches back some 145.5 million years. Lotus flowers even survived the Ice Age (1.8 million – 10,000 years ago). The Ice Age was a time of great geological and ecological change. Most plants in the northern hemisphere became extinct during this era.

This hardy flower also grows naturally from Russia to Australia, China to Iran. It seems they can survive the extremes of any climate.

These facts have contributed to lotus symbolism in cultures and religions throughout time. Yet, their contribution is minor compared to how the lotus flowers grow.

How Does the Lotus Flower Grow?

The durability of the lotus flower is a major contributor to its association with the gods. However, they can die, and sometimes do in natural disasters. The catastrophic flooding of the Yangtze River in 1954 killed all the lotuses in the area. Three years later, the water had finally receded.

Once normal water levels returned, the flowers began to grow again in the shallow part of the lake. The floods tore their root system, but their seeds survived. The seeds scattered around the lake, restoring its abundance of lotus flowers. Interestingly, even if lotuses hadn’t returned, they could come back centuries later. Their seeds can survive for thousands of years without water.

Lotus flowers appear most prominently in wetlands and usually grow in mud. But they are also very adaptive to their local environments. They can survive under ice as long as their roots remain in water or mud. On the other extreme, they can tolerate scorching sun and often bloom when others can’t tolerate the heat. They like clay loams, though they can survive in different types of soil across a variety of regions.

Lotus flowers are also known to be resistant to pollution, and can even purify the water they grow in. In other words, they don’t mind an acidic or dirty environment. Each night they submerge into murky river water. Each morning they rebloom without residue from their environment.

Lotus flower symbolism in legends and religions comes from the above, and it’s clear to see why. They have unparalleled resilience and ability to survive. But is that all that the lotus represents?

What Does a Lotus Flower Symbolize? 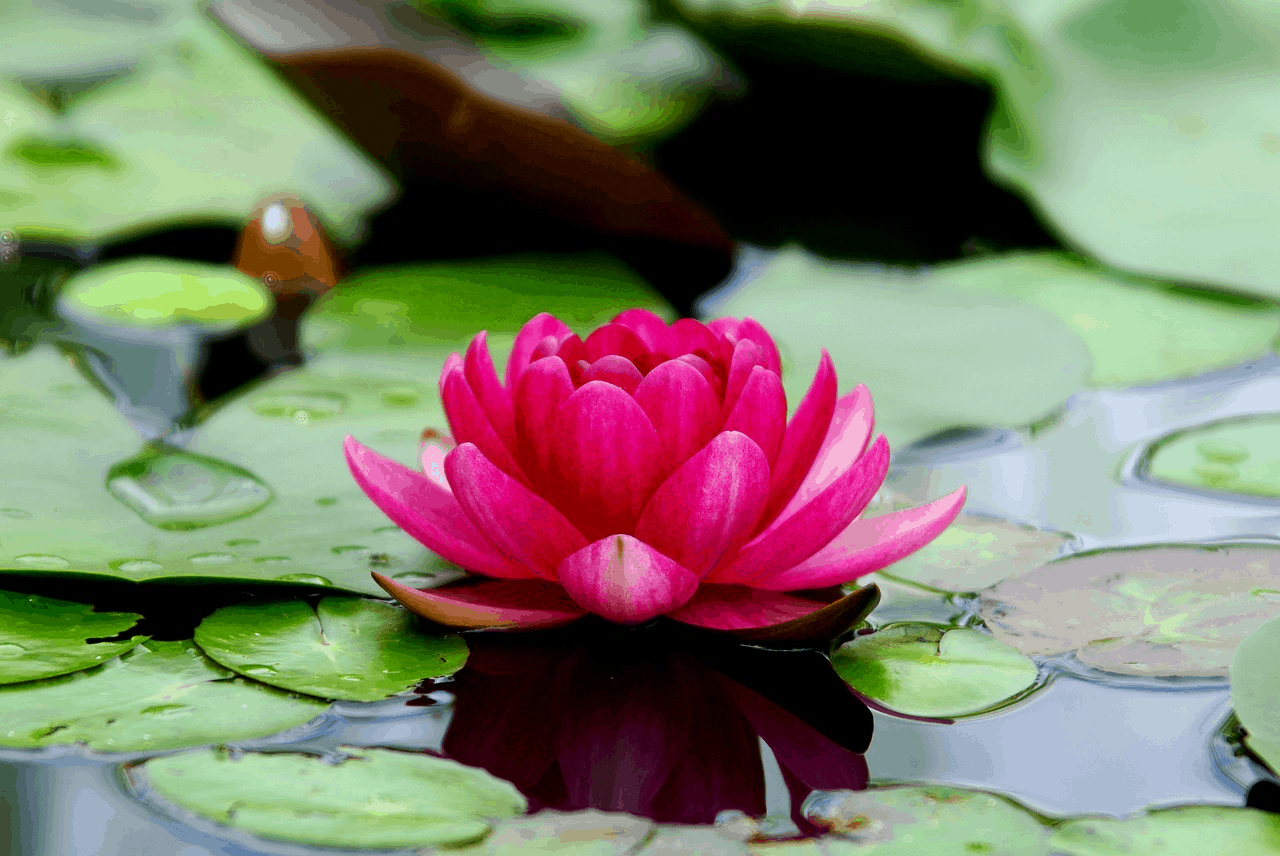 The lotus has a unique daily life cycle of life, death, and rebirth. This has led to the phrase, “lotus flower of life”. That is why it’s meaning is often “rebirth”, and why the flower is frequently tied to spirituality.

The white lotus plant is a symbol for purity, grace, and beauty. It can also mean majesty, fertility, wealth, serenity, knowledge, and faith within ourselves. A yellow lotus meaning means spiritual ascension. A Pink lotus symbolizes the essence of Buddha. A red lotus represents love and compassion.

As you can imagine, a flower with such spiritual symbolism has many uses, and not just in legends and statues.

How is The Lotus Flower Used Today

The most common use for a lotus is ornamental. However, the roots are sweet and fragrant as well as rich in starch and vitamins. You can eat them raw, cooked into soups, brewed into teas, blended into salads, dried, preserved, and even powdered. Other parts of the lotus plant are also edible.

Petals of the lotus are often used to create unique flavors for meat and congee (an Asian rice porridge). The lotus leaves and nuts are often used for weight loss and blood pressure tea, as well as other medicines.

Other uses for lotus flower roots, petals, nuts, and seeds include:

With all its uses, the lotus isn’t seen too frequently in the western world, but that doesn’t mean you can’t grow it.

There are nearly 300 root lotuses, around 50 see lotuses, and about 1,000 flower lotuses. With that in mind, there are many types of lotus flowers that you can grow in your own garden. They are ideal for wetland areas, and thrive better in places with a lot of sunlight. Lotuses also enjoy more tropical weather. Some varieties are hardier and tolerate northern environments well.

How To Grow a Lotus Plant 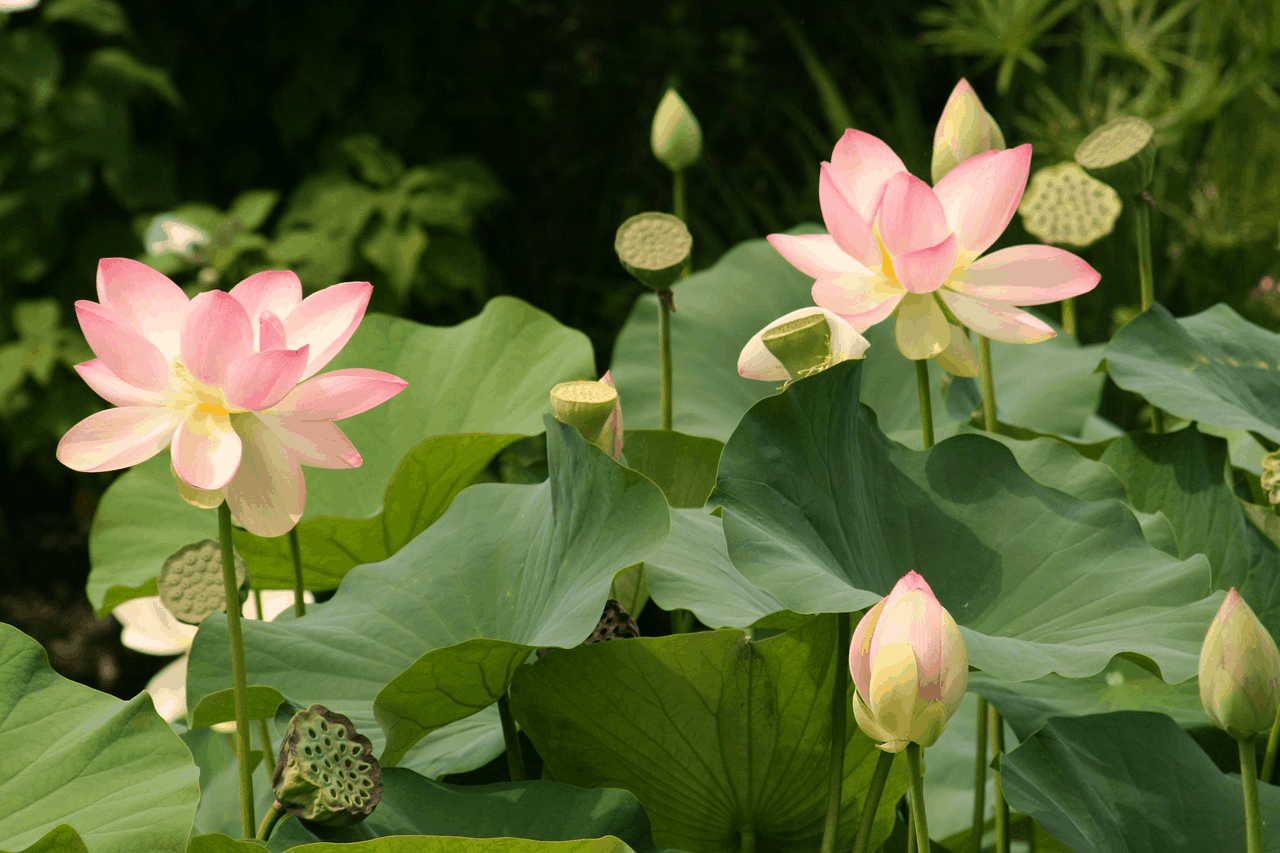 As you’ve read, lotus flowers are very resilient. They will grow in most soils and in most environments, so long as they have mud or water, and as long as they can float. In fact, they contain little air spaces in their leaves to ensure buoyancy, and long stems to tie them to the mud.

Lotus are unique and beautiful flowers. They have a strong will to survive and an incredible daily life cycle. This gives the lotus special meaning across the globe. In fact, we might even wager that they’ll be here long after we are gone. Learn more about colorful flowers and their meanings at Flower Glossary.